How do you feel about energy bars or protein bars? I've tried several different kinds over the years as a healthier snack alternative. Admittedly, I’ve had a love-hate relationship with them that started with one bite from a brand that I won't mention (it has a familiar name, but I'll just call them "brand X") that stuck in my memory.

Have you tried steel cut oats? Sometimes also called "Irish oats", steel cut oats when cooked generally have a chewy, al dente texture and a nutty taste. They are oat groats, or oat kernels with no husk, that have been cut into smaller, coarse pieces using a steel blade. Size-wise, they remind me of tiny Acini di pepe pasta.

Like their cousins rolled and instant oats, steel cut oats are a blank canvas for adding different flavors and ingredients. You can cook steel cut oats longer to make them a little more softer and creamier, as I usually do, but don't expect them to fall apart and turn to mush as instant oats would when cooked. Of course, adding a pat of butter or a touch of cream when cooking would help add creaminess and richness, as well.

Much like my recipe for banana-pecan oatmeal, this one requires a couple more steps than just opening a package of instant oatmeal, adding water, and heating—but it's still very easy to make, and the results taste much better than what comes in a package. 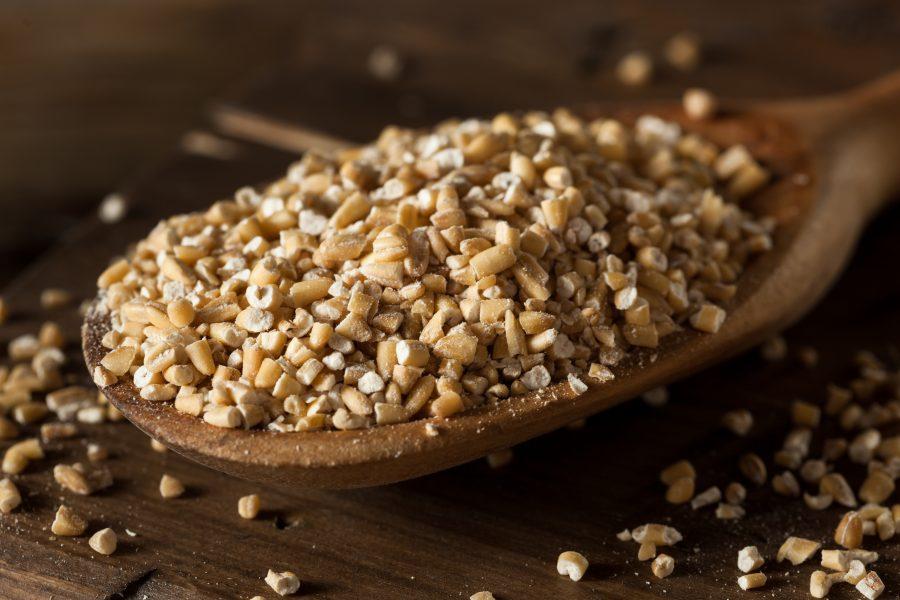 These sweet and sour meatballs are better than take-out and can be made in less than 30 minutes -- talk about a fast dinner! I like adding extra Sriracha to mine and topping with some cilantro, but it's totally optional.

Quorn meatless meatballs are available in many of the grocery stores near me. If you can't find them, make these with frozen beef or pork meatballs for a non-vegetarian take on the recipe, or with another brand of vegetarian or vegan meatballs that you might prefer better or can find easier in your local stores. The sauce also works great with chicken or a chicken substitute, like Quorn chick'n products, which are vegan and I've used many times before.

It’s #WorldVegetarianDay! In case you haven’t picked up on a theme, many of the recipes that I feature here are vegetarian. I was a vegetarian for the better part of 14 years and while I’m not as strict as I used to be, I still limit my intake of meat and…

Indian food has always been an elusive thing for me to make at home. Thai, I can manage—Dave is particularly good at cooking it. Italian, of course. French, too. Indian, though, has been a no-go.

Now, I'll be the first one in the car if we're going out for Indian food. I would consider it to be one of my favorite things to eat, right up there with tapas. I remember a class I took in high school, though, when we had a pot luck one day for lunch. Each of us had to bring in a dish that was inspired by another culture. A strict vegetarian at the time, I chose India for its abundance of veggie-friendly dishes, none of which I had made but many of which I had eaten out at restaurants.

To say that I had no clue what I was doing would be an understatement. I didn't have time to try to make dough and filling for samosas, so I opted instead for something that could be classified as "chop, throw it in a pan, and cook." Maybe that was my first mistake—flavors in a one-pot dish would still need to be built and developed—but this is hindsight now talking. I also had no idea where to find paneer, Indian cheese that is often cubed and cooked as a main ingredient in many dishes. Unlike most cheeses, paneer doesn't melt, so it's comparable to halloumi, which is used in Greek cooking and can be fried. (I'm reminded now of my saganaki fail, but that's a different story for a different time.) Even I knew better at the time to try to substitute it, so mutter paneer, palak paneer, and other tasty dishes were out of the question.

I settled on a huge batch of aloo gobi, curried cauliflower, for my classmates, the primary ingredients of which were vegetables that I could easily find in the grocery store. Needless to say, it ended up as an adventure in the kitchen, and I was upset to find that nobody, except myself and probably the teachers, tried my food. In hindsight, I can't blame them. The flavor profile was overwhelmingly cumin and tumeric, which also made the dish a glowing yellow color that probably looked a little intimidating to the eye, especially for those who maybe never tried Indian food and this was the first time they were seeing something like it. Then again, I grabbed whatever curry powder looked the best at the store; I didn't use fresh spices or develop their flavor by toasting and grinding them to make my own spice blend, which would have made a huge difference.

The experience, nevertheless, made me decide to give up any future attempts—until now. I put aside any fears I had and set out to make daal for dinner—quite literally the first time I've tried making homemade Indian food since this experience.

Soup is often my go-to lunch since it's quick and easy to grab from a store or a work cafeteria. I always have a stockpile of some kind of soup or chili in the freezer for when I don't feel like cooking when I get home in the evening, too, which I thaw overnight in the refrigerator or, if I don't remember, quickly thaw in the microwave.

I make and eat soup year-round, even during the summer, but nothing beats the magical feeling of eating hot soup on a cold day. It just warms up your body and makes you feel instantly better—at least, for me it does.

This recipe for mushroom barley soup is one of my favorites to make in the crock pot and let cook overnight for dinner the next day. It is healthy and doesn't require a lot of ingredients, making it a perfect recipe for using up pantry and fridge staples.


Home for the Holidays, Celebrate with HERSHEY’S!